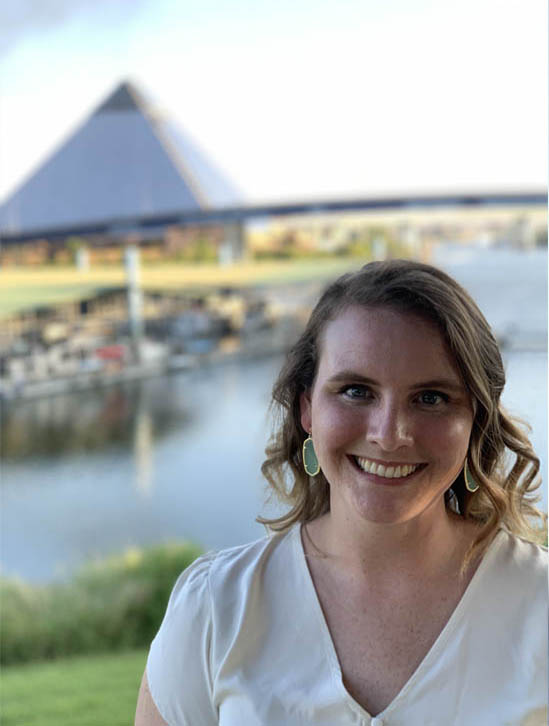 Victoria was born and raised in Southern California.  She attended Rhodes College where she received her BA in International Business and MS in Accountancy.  She fell in love with Memphis and decided to begin her career in the Bluff City.
She reluctantly began taking Square Dance lessons in 2018 at the request of her mother. After a few lessons with Robert Townsend, she was hooked on dancing. She also became intrigued by the caller's role in the dance and the puzzle like complexities of moving the dancers around the square to the fun music. With Robert's encouragement, she began singing calls at her local club. She enjoyed the challenge so much that she decided to attend Caller School in 2019. She is a current Callerlab apprentice. She called at her very first National Square Dance Convention in Atlanta in 2019.
Victoria started Midtown Squares in January 2020, in hopes of expanding modern square dancing into Midtown Memphis.

Victoria is thrilled to be part of such a supportive, friendly and fun community and hopes to see you in a square soon!